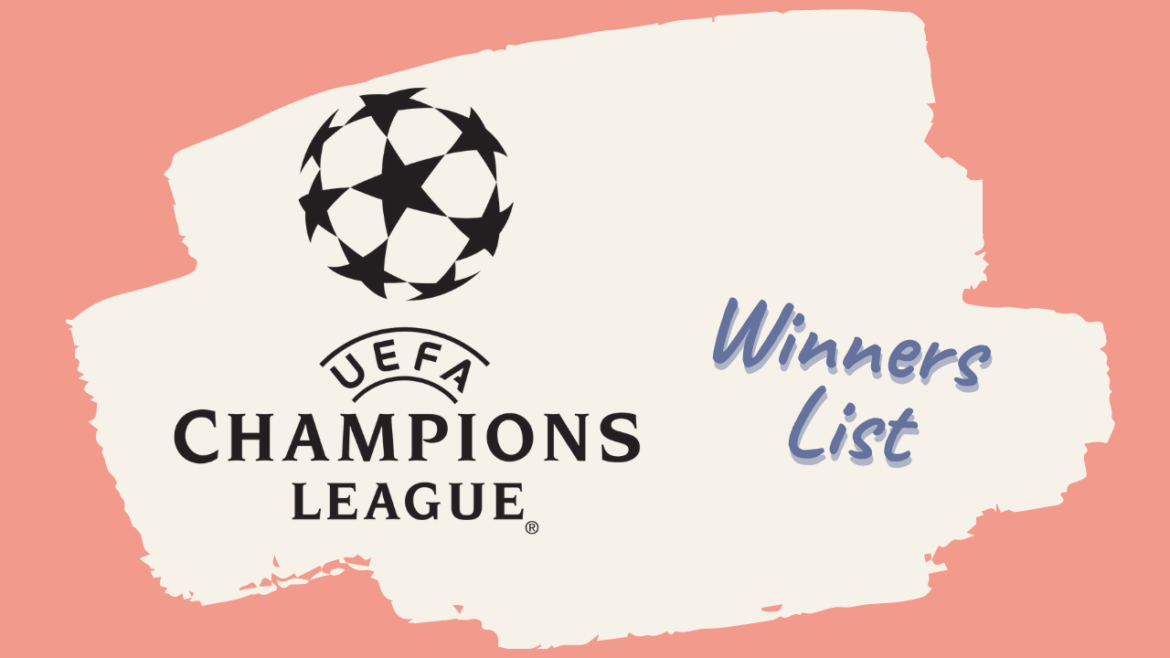 In 1955 the Champions League was presented as the European Cup and initially it was a straight knockout competition; open just to the champions club of every country.

After undergoing some changes in marketing strategy and TV rights from the 1992–93 seasons this competition was renamed to UEFA Champions League.

A round-robin group stage is brought with the Champions League, allowing certain country’s multiple entries, since then it’s been growing, to participate in this tournament providing five strongest teams annually.

22 clubs have been won this competition and among these clubs, 12 have won more than once.

Hopefully, you liked this article “Champions League Winners’ List”. If you enjoyed it, don’t forget to share it with your friends. You can buy the best-related products from Amazon at your convenience by clicking on some text links that we have provided in this article. What else do you want to read? And, if you have any queries, please let us know in the comments. Stay connected with us by liking our Facebook page. You can also write on our site. To know how to write please click here.

Backpacking Travel (What To Pack For Each Trip)

Top Office Hacks, Efficiency, And Productivity In The...

100 Most Popular Online Games For Kids

25 Most Famous Players or Athletes in the...

All About “Coronavirus” (COVID-19) And Vaccines

We have detected that you are using extensions to block ads. Please support us by disabling these ads blocker.